Entry Level Jobs Can’t Compete with Unemployment – Or Can They?

Despite a still-high unemployment rate of 8.4 percent as of August 2020, many businesses are finding it difficult to fill entry-level positions. One thought as to why is that businesses are essentially competing against enhanced unemployment benefits.

The “CARES” Act – or the Coronavirus Aid, Relief, and Economic Security Act – the $2.2 trillion economic stimulus bill passed in late March, provided relief in many ways, including economic impact payments to households, the Paycheck Protection Program (PPP), which provided access to forgivable government loans to help small businesses keep people on their payroll, and the boosting of unemployment benefits. 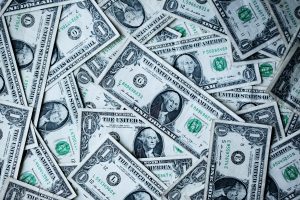 As reported by the Economic Policy Institute, the CARES Act served to provide many things, specifically including:

For many recipients, the $600 per week unemployment benefit surpassed what they had been earning while employed. According to national data gathered by Williams at the Center for Research on the Wisconsin Economy, approximately 40% of workers earned less in their jobs than they would on the CARES Act unemployment. Analysis by The New York Times showed that on average, unemployment recipients in all but 13 states made more on the expanded unemployment benefit than on their previous salaries.

During this period of boosted unemployment benefits, many businesses found themselves to be “competing” against unemployment to fill positions —especially entry-level positions.

Now that we’re past the July cutoff for the additional $600 unemployment benefit, the federal government has approved states issuing either $300 or $400 in extra unemployment benefits. The benefit amount, and when the extra payments will be released, varies by state. Forbes magazine published a breakdown showing the amount per state, and when payments will begin in each state. Some states began the additional payments in August, and others will follow in September or October or have still to determine the release date. 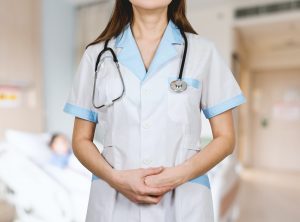 With many businesses moving into hiring mode now, will the next round of extended benefits continue to make filling entry-level positions a challenge? Perhaps. Even in non-COVID times filling these types of positions can be challenging. But one thing these positions can offer that unemployment cannot is benefits – especially medical benefits. Particularly in the cases of employees who are being called back to their jobs after a temporary layoff, the continuation of medical benefits can be a big motivator. And that’s a big competitive advantage.

A common dilemma being faced by many businesses is what to do when an employee rejects an offer to return to work after being on unemployment. Legally, if someone is offered re-employment and turns it down without a valid reason, they’re likely to lose their unemployment insurance.

For small businesses, in particular, the question of whether to report an individual for rejecting the offer to return to their previous job or to just turn a blind eye and look elsewhere for workers can be extremely difficult to answer.  It’s important to know how to properly handle the scenarios surrounding unemployment related to layoffs and returns to work and what constitutes a valid reason for turning down an offer of employment.

The U.S. Committee on Ways and Means web site offers a great resource for both employees and employers with frequently asked questions about unemployment insurance. It highlights many common employment scenarios – such as, “I was recently offered my job back after having been laid off due to the pandemic, but I make more money now on unemployment. Can I turn the job down and stay on unemployment?” You can visit the site to see the answers to this and many other questions. The site also provides a state by state breakdown on how each state handles job refusal. For example, for Ohio it lists:

“State asks employers to report employees who refuse to return to work in Ohio. The state is now asking employers to report those workers who refuse to return to work. The Department reporting that Ohio law prohibits people from receiving unemployment benefits if they refuse to accept employment offers or quit without good cause. The department indicating employers need to let them know if an employee refuses to return to work, ODJFS will decide if they are still eligible for unemployment. For many families across Ohio, this is yet another hurdle they will have to deal with soon.” Ohio Department of Job and Family Services website: https://secure.jfs.ohio.gov/covid-19-fraud/

The changes in unemployment benefits related to COVID have added another facet to the ongoing challenge of filling entry-level positions. Some businesses are now even offering bonuses to incentivize entry-level workers. But looking ahead to the time (in the hopefully not so different future) when the pandemic in behind us, workers will need jobs with the assurance of additional benefits whether that be medical, life, disability, or retirement.