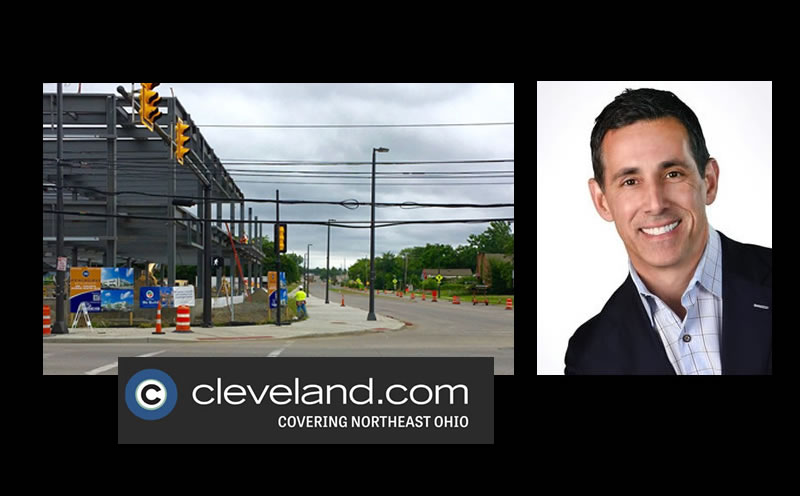 CLEVELAND — One of the most exciting announcements I’ve heard in a long time is about the Cleveland Innovation District project and the 20,000 jobs it is expected to bring to Ohio within the next decade.

I can’t help but think back to the Gateway and Euclid Corridor projects. Gateway gave us sports venues, a casino, and restaurants. The Euclid Corridor gave us the much-needed link between downtown and University Circle.

I recall the Euclid Corridor being called the most impactful infrastructure project to take place in Cleveland in 50 years. I believe the Cleveland Innovation District will have even more impact. And it will be a boon for small, entrepreneurial businesses, too.

The partnership of five major Cleveland institutions is a dream team: the Cleveland Clinic; University Hospitals; MetroHealth; Case Western Reserve University; and Cleveland State University. Backed by funding from by the state of Ohio and JobsOhio, the investments they’ll make in midtown, along Cleveland’s health-tech corridor to University Circle, will reposition Cleveland for growth like never before. Creating 20,000 jobs in Cleveland is a big, big deal.

Big companies don’t typically choose Greater Cleveland as their base of operations. As we all know, in the last few decades, several big players have left downtown, leaving a void. As a mid-market city with intimidating weather, we’re usually seen as a regional office location. We don’t attract the big companies and their jobs.

And even for the smaller companies, it can be a gamble to bank on a mid-market location, since it can be harder to attract talent to a smaller market with less opportunity.

The Cleveland Innovation District isn’t simply about creating 20,000 jobs, though. That’s just the beginning. It’s about creating opportunities. The physical infrastructure investments that will build out our health-tech corridor will have lasting effects. When you build out areas that easily connect established city centers, you tie them all together, and businesses of all sizes will fill in, creating even more jobs.

On the Near West Side of Cleveland, there has been an explosion of housing developments. My company’s offices are on West 25th Street, which we purposefully moved to from the suburbs. All around us, we’re seeing lots of both residential and commercial development. What sustains all that development? Jobs. They’re being created by a mix of focus and energy driven by public and private investment. It’s all about the jobs. You can build all the nice buildings you want, but without the jobs, an area simply will not grow.

The Cleveland Innovation District project will bring the jobs to lay the groundwork for future growth. As the district grows, more entrepreneurial, professional services firms will be needed, and they’ll create even more jobs. More opportunities attract more talent, and momentum builds. Any time there is an investment to help entrepreneurs succeed and jobs are created, it drives the economy.

This is the cycle that is going to sustain the growth of Cleveland. We are fortunate to have the investors and champions to drive the creation of the Cleveland Innovation District. And it is just so exciting to see. This is the” juice” we need to enable Greater Cleveland to prosper, grow, and change the world’s perception of Cleveland into a city in which they’d love to live to work.

Mark D’Agostino is president and founder of ConnectedHR, which helps companies build organizational alignment through human resources. He founded ConnectedHR in 2014 based on a search for scalable human resources support that small business need to grow.

Read the original article on Cleveland.com