Human Resources in 2019: What To Look Out For 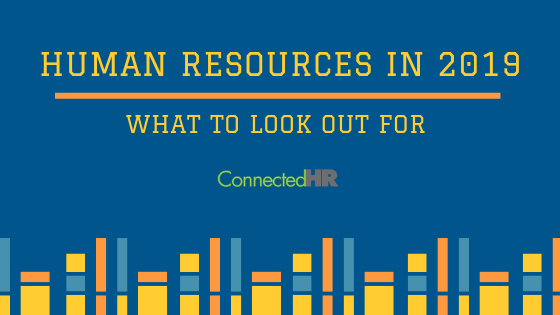 This has been an absolutely crazy year. From marijuana legislation to the #MeToo movement (and subsequent rise in harassment reporting) to the restructuring of the EEOC agenda- it feels like we’re three years into 2018. ConnectedHR is a Cleveland based firm that provides HR services for clients and we want to be a resource for small to midsize businesses.

Right now, business owners are asking what to expect in the coming year, and how it’s going to impact their companies.

I spoke with Ryan Neumeyer from McDonald Hopkins to find out.

This is the most important consideration for HR professionals. Regardless of your political affiliation or beliefs, there is a looming possibility of broad administration changes in the coming year.

The EEOC game plan is largely determined by the current administration. Originally, they had planned several mandates in response to the rise in discrimination lawsuits.

“Equal pay is still a big one. We expect to see more and more of these lawsuits and the lions share are based on gender.” Ryan told me.

“This has been on their radar for a long time- so many of these broader investigations start as single-issue discovery claims.”

What we’re seeing, and what Ryan is seeing, are companies that have a systemic problem with unequal compensation that is only realized after an employee takes action.

In response to this, the EEOC drafted a statute requiring companies to provide complete records of employee pay; a statue that was eliminated by the Trump administration.

Wage claims are still being looked at. The EEOC still exists. So, if there is a leadership change, we could very well see larger employers required to provide data on everyone’s compensation and gender.

It’s always a good idea to look over your compensation packages, ensure that there can be no perception of discrimination, and if there is, to correct it.

As we’ve discussed, marijuana law is changing across the country, but the federal mandate has remained obstinate. State and federal law say different things, so you can often (but not always!) choose which to adhere to.

As long as you keep enforcement of company policy consistent, you’ll be safe to make your decision.

However, current federal regulation is also a matter of administration change. As of this writing, Attorney General Jeff Sessions has stepped down from his post, and William Barr is a possible replacement.

Do you know what William Barr’s politics are regarding Marijuana? Me neither. And who knows what his replacement will think.

The thing is, as soon as an AG decides that marijuana is no longer a schedule 1 drug, things are going to change really fast. As larger companies (and their lobbyists) begin creating countrywide marijuana commerce, and banks (and their lobbyists) begin accepting these businesses money, it’s very likely that the change will be permanent, as reversing the decision will be catastrophic to these businesses and to the states that begin to incorporate marijuana tax into their fiscal budgets.

Marijuana’s isn’t going away. Your company needs to be prepared.

If you, or your company, is looking at next and asking what we need to prepare, leave a comment below. We’d love to hear from you.

If you have any further questions or need the services of a professional HR firm, give us a shout.