Workplace Protection in the #MeToo Era 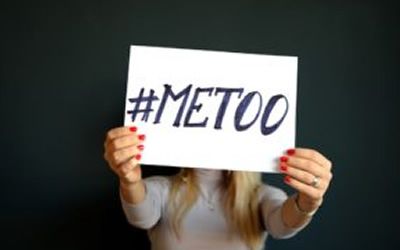 The #MeToo movement isn’t ancient history. No matter what else shoves its way into the national discourse, the discussion on sexual harassment in the workplace is ongoing and that discussion is changing the American workplace.

ConnectedHR provides Human Resources to small businesses that want to have the support and experience of team’s at much larger companies. It’s our responsibility to keep up on both cultural and legislative developments that will affect our clients.

As #MeToo gained traction, lawmakers became more likely to propose legislation targeted at securing the workplace. Whether this is due to a genuine enthusiasm for protecting employees or political points-scoring is up to you. Regardless, these laws will have a very real impact on your company.

Pennsylvania State Representative Kate Klunk has co-authored a bill with State Rep. Morgan Cephas outlawing the use of NDA’s in cases where sexual harassment took place.

Many employers require new and potential hires to sign a contract agreeing to not discuss cases of harassment outside of the company. Rep. Klunk sites a survey which reveals that only 10% of victims file a report with an authority figure. The representative and other Pennsylvania state legislatures believe these NDAs are partially to blame.

“House Bill 849 would ensure workers who face sexual harassment in the workplace can exercise their voice to report such egregious offenses they may suffer at the hands of a co-worker or superior.  Pennsylvania workers deserve protection from workplace sexual harassment and employers deserve the necessary tools to create a safe, productive working environment for their employees.”

Even though this bill would only impact Pennsylvania residents, lawmakers often replicate existing legislation when drafting their own.

Recognize that many national laws are based on the actions of state legislatures.

The best time to develop a responsive sexual harassment complaint reporting system is two years ago. The second best time is now.

Addressing harassment at work is far preferable to addressing it in court. And less expensive. The EEOC won 56 million dollars for sexual harassment claimants last year. Do your part, and try to keep that number from growing.

If you don’t listen to your employees, someone will.

Introducing the “Bringing an End to Harassment by Enhancing Accountability and Rejecting Discrimination in the Workplace” Act proposed by Senator Patty Murray and Congresswomen Catherine Clark and Ayanna Presley.

This bill will aim to increase the power of certain agencies to enforce anti-discrimination laws, as well as address the Title VII loophole: independent contractors are not protected by current federal anti-harassment laws. While the precise impact and scope of the bill has yet to be revealed, is has identified very specific issues.

The bill is already being championed by women’s rights authorities.

“The Be Heard Act is a critical step toward addressing some of the huge injustices that exist in our federal employment and civil rights law. It also provides an opportunity for survivors to seek justice without having to sign away their rights to discuss their cases, their settlements or their pain…”

It’s very likely that something along these lines is going to be passed. It’s important to pay attention to the wording and enforcement of each new piece of potential legislation.

Stay informed. As the #MeToo movement carries forward, winds down, and is replaced (for better or worse) by other cultural lightning rods, you’re going to have to adapt. If you have any questions on new or upcoming workplace laws, give us a shout. We’d love to keep your company up to date and secure.